The story of Letter Zap Classic

Letter Zap Classic, or Letroca as it is known in some countries, was created several years ago by some of the founders of Fanatee, initially as a web-based game.

The goal of the game was simple: score the most points by forming different word combinations using the letters available.

With the birth of the company in 2013, the team decided to re-launch the game, but with some improvements. Letter Zap Classic turned multilingual and became available in English, Portuguese, Spanish, French, German and Italian.

After the game's success as a mobile app, Letter Zap Classic became one of the first games to be developed for the Apple Watch when it first launched in 2015 but also gained a multiplayer spinoff version that launched as a separate game under the name Letroca Word Race.

Both games had great success in various countries and are still played by a group of dedicated users. 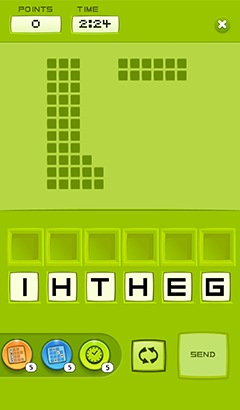 DO YOU HAVE QUESTIONS

Our site uses cookies to enhance your user experience and measure site traffic.

Learn more
Got it!